“Adopted in 1974, the Turtle Mountain Community College logo combines two Clan symbols that are imbedded in the Grand Medicine Society of the Chippewa/Ojibwa (Medewiwin). The symbols are the Thunderbird (Megisis) who symbolizes power, and the Turtle (Mekinok or Misquadace) who represents long life. These symbols represent the spiritual essence from which the college draws its energy. The vital spiritual energy that is required daily to offer and to extend the quality of life of the Turtle Mountain Chippewa/Ojibwa People, by empowering them through education.” 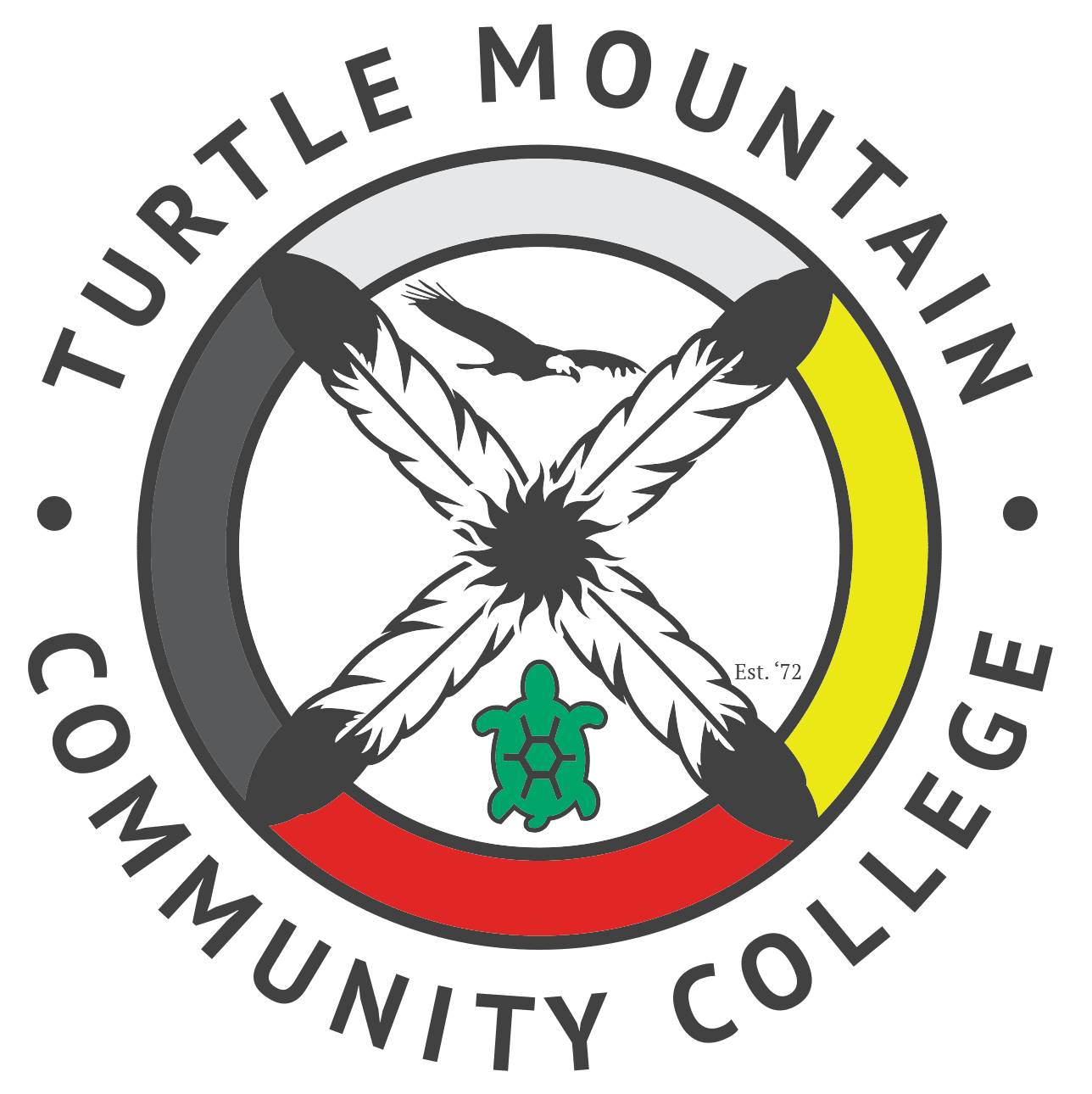 The Thunderbird and Turtle are at the center of the four sacred directions of the universe which are aligned with the spiritual ways of the Medewiwin. Mis-skwa (red) stands for the South. Muk-a-day (black) stands for the West. Wabish-ka’ (white) stands for the North. Oza-wahn’ (yellow) stands for the East. These colors represent the four races of man that the Creator placed on the earth.

During the 2012-13 Academic Year, TMCC began a branding process, which included adopting a new logo. Through this process the original interpretation of the TMCC logo was revisited and studied and as a result, the new logo did not change. Rather it was redesigned to enhance and compliment the spiritual essence of the college.